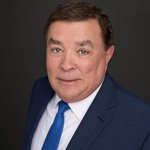 Having a disability that impacts your ability to work can be devastating for you and your family. People with a disability are more likely than others to experience significant economic hardship. That's why it is so important for you to file a claim for Social Security Disability Insurance (SSDI) and/or Supplemental Security Income (SSI).

Unfortunately, so many people are initially denied these benefits. After spending eight years as a Disability Judge for the Social Security Administration in Raleigh, North Carolina, attorney Lloyd King left the public sector, took the knowledge he gained from it, and opened a private practice devoted to people in need of social security disability benefits.

For more than a decade, Lloyd King has been helping people just like you. These are people who need social security and disability benefits, whether temporarily or permanently, and who deserve it.

Here is a little more information about Lloyd King's experience and how he will benefit you.

Lloyd King is the founder of Lloyd King Law Firm PLLC, a law practice committed to helping clients get the Social Security Disability Insurance and/or Supplemental Security Income they need and have earned. Lloyd King is probably one of the most strongest advocates for people who have become disabled for whatever reason or who have come down with an illness or another medical condition that prevents them from working. Without the ability to work, living conditions can be hard. SSDI and SSI are meant to help supplement a person's livelihood while unable to work.

From 2009 to the present day, Lloyd King has been instrumental in helping hundreds of thousands of people obtain disability benefits through his social security and disability private practice located in Raleigh, North Carolina. His advocacy efforts have resulted and continue to result in fair and just disability benefits. He serves people filing an initial claim as well as those who have already had their claim denied and want to appeal the decision.

Prior to private practice, from 2001 to 2009, Lloyd King was a Social Security Administrative Law Judge (ALJ) in Raleigh, North Carolina. As such, he heard and decided disability cases that had originally been denied. This experience rendered a deep understanding of why an ALJ may award disability benefits or deny them. He knows what they look for. He has first-hand experience reviewing a disability applicant's Social Security file, which provides the reason for the denial of benefits, medical records, and work history.

So, Lloyd King's legal experience as a public prosecutor and a judge has taught him a thing or two about the need to be thorough, the benefit of listening, and the virtue of compassion. These things can go a long way in helping people get what is just and fair.

His legal career ultimately commenced with his legal education from 1975 to 1978 at the distinguished William H. Bowen School of Law, University of Arkansas. His legal career spans three states where he is also barred:

North Carolina has been his home since 2009. He enjoys the scenery and the people and takes pride in the work he does for fellow community members. His practice has grown so much he had to open a second office in Roanoke Rapids, North Carolina.

Any attorney can practice in the area of social security and disability. But not any attorney can bring with him or her the deep insight and skills obtained from being a Social Security Administrative Law Judge. Lloyd King's experience from his years as an ALJ at the Social Security Administration in Raleigh, North Carolina instilled a profound desire in him to help people, and what he learned there continues to inform his practice today. He knows the mistakes people make. He knows the arguments that need to be argued. Overall, Lloyd King knows what needs to be done to get your social security and disability benefits.

That's why you hire attorney Lloyd King if you need SSDI and/or SSI benefits in North Carolina: he knows what needs to be done from an insider's perspective, and he is committed to getting it done for you.

Thank you for contacting us. We will get back to you shortly.

Please complete all required fields below.

If you have been denied Social Security disability benefits, or you need help completing the application process, call me to discuss your case. I am a former Social Security Disability Judge and I am here to help!